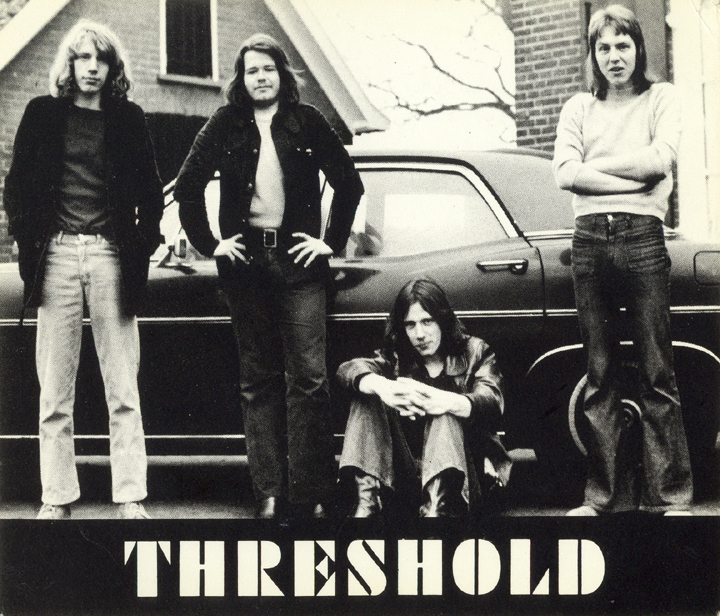 Threshold is the First musical introduction between Dick Kemper and Bert Heerink, who , at a later stage in their careers, would both meet up again in Vandenberg. Thresholds style is best described as melodious (prog) rock.

The band plays covers from Brainbox, Led Zeppelin and The Taste(Rory Gallagher)

It never came to a record deal because Paul Kemper accepted the record company’s standard reply to queries: “Don’t call us, we’ll call you!’ This was an important first lesson for them early on in their respective careers. They gathered a wealth of experience bij playing six consecutive weeks at Sarasani pub on the island of Texel. Here Threshold learns the ropes and play support act for bigger bands in those days such as Livin' Blues, Earth & Fire and Hawkwind.

Livin' Blues used to have a hit single with a song called LB Boogie which was removed from Livin’ Blues repertoire. However the boys from Threshold did have this particular song in their set list. Impressed by their performance, Livin’ Blues could not help but to start playing that song again.