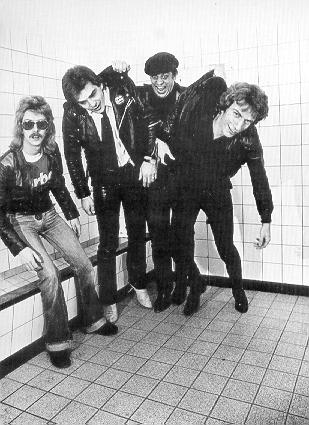 Despite its short existence, the men of Turbo made their mark on stages all over Europe. They toured in The Netherlands, Belgium and Germany Under CBS they released 2 albums the self titled Turbo and You Girl.

These records were produced by Alfred Lagarde who described Turbo’s style as “betonrock”.

If you want to pigeon hole “betonrock” the easiest way is to list the band that shared the stage at a festival in Kortrijk(B): Judas Priest, Ian Gillan Band and Iron Maiden. In a sense it is the Dutch version of NWOBHM (New wave of British heavy metal) in the late 70s early 80s of the last century.