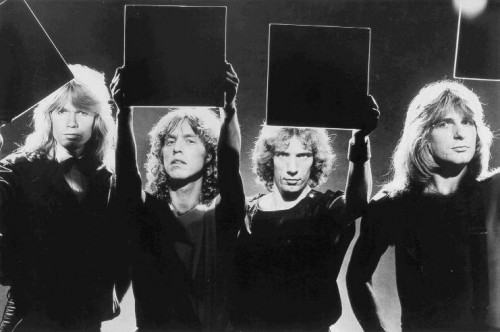 In the early 80s, Vandenberg is famous all over the world; they tour extensively across all continents. Every music related magazine and school agenda contains posters and articles of the band.

Initially the prospects of becoming famous were pretty slim. The first gigs were performed under the name Teaser. They were unable to find an agent for bookings and many of them were not interested in taking these rockers on board. Out of necessity, 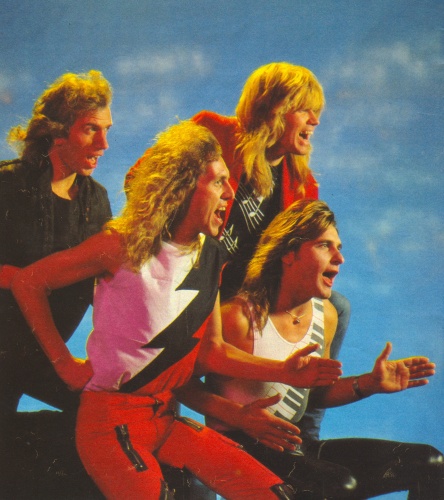 Dick Kemper started to arrange the bookings himself. They were however able to attract the attention of US record label Altlantic for a record deal.

Before that could happen they needed to convince Atlantic’s A&R man Phil Carson, who had also signed up bands like AC/DC, Led Zeppelin and Yes. Phil flew to Europe, where the Enschede Theater was rented exclusively for Phil’s benefit. He quickly became convinced of the foursome’s potential.

They still needed a name and Antlantic asked the band and those around them to come up with a striking name. Many suggestions were made. Finally Aloha magazine editor, Tjeerd Lammers came up with the name. At that time he happened to live in Los Angeles and he associated their sound to the mighty roar of the B52 bombers taking off and landing at the nearby Vandenberg AFB, located just north of Los Angeles.. “It was the hardest rocking name I could come up with me, he recalls in the inlay of the Definitive Vandenberg album.

The international presentation of the band at Montreux almost ended in disaster. All the important people of the WEA/Atlantic record company flocked together at Montreux awaiting the presentation of the youngest addition to their stable. Travelling from The Netherlands to Switzerland, Vandenberg had packed themselves and all their gear in an old truck. Nearing the Alps the old beast struggled more and more negotiating these mountains. In sight of the finish line, the truck’s brakes finally gave in. On a wing and a prayer the truck rolled in at the venue, where the band rolled out white as sheets. Despite the scare of their lives, they were able to put up a great performance and to impress their lofty audience. This was the starting point of an impressive world wide musical career. 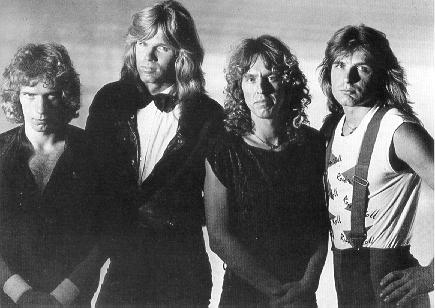 In 1982 and 1983 Vandenberg records their first, self titled album at Jimmy Page’s Studio (Led Zeppelin). Kemper gains a lot of experience by co-producing this album. In the United States the single Burning Heart soars up into the Billboard hit chart and the album a world wide success. They extensively tour in the US as well as many other countries. Usually as head liner but also jointly with bands such as Ozzy Osbourne, Kiss, Michael Schenker Group and Rush. Vandenberg even had Metallica as a support act.. Later on the band toured successfully a couple of time in Japan as well. 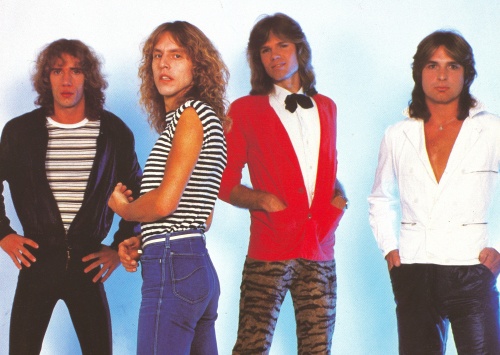 At Atlantic Vandenberg releases 4 albums and a couple of singles. In 1986 the bands falls apart. Dick stay active as a musician in band like No Exqze and Undercover and also spends a lot time in studio’s at home and abroad, producing, composing or as a sound engineer.

In 2004 Vandenberg promotes the album The Definitive Vandenberg. The reunion was instigated by an episode of the Dutch TV documentary series Single Luck regarding the world wide hit single Burning Heart. In 2005 the DVD “Vandenberg Live in Japan” was released. This DVD contains various extras.

After its release there was an increased demand from the outside for a reunion of the band. To date many tempting offers were made to hit the stage again, so far it has proved impossible for all 4 members to share a stage again. Who knows what the future holds……?